Standing with our neighbours facing demoviction in Burnaby 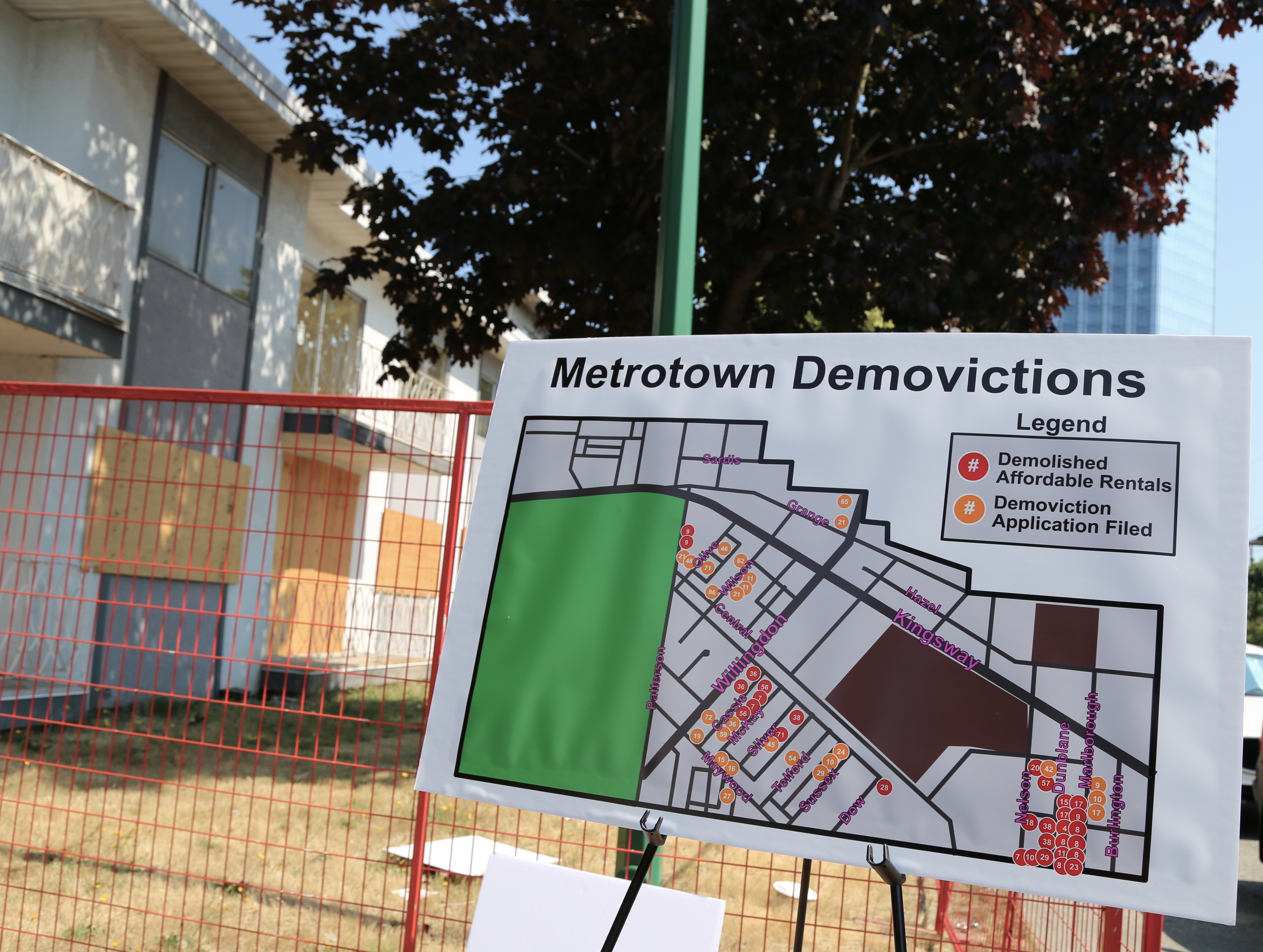 Since 2010, over 1500 people - including many BCGEU members - have been "demovicted" from their homes, and consequently forced out of this neighbourhood due to the fact that Burnaby has a rental vacancy of under 1 percent and is the third most expensive place in Canada to rent after Vancouver and Toronto.

The BCGEU joined with residents and organizers at ACORN BC in repeated calls for a moratorium on demovictions in the city. Finally, it seems that Council is starting to notice mounting opposition to their housing policy.

On July 19, 2018, Burnaby council held a special meeting where they voted to postpone what would be the next round of demovictions - the proposal would have demolished 177 units of affordable rental housing to build two condo towers. Instead, the city directed the developers to incorporate non-market housing into their proposals.

Then, on July 23, Council announced that it will be the first city in BC to take advantage of the province's new law that allows municipalities to designate rental-only zoning. City staff were directed to create a bylaw that will ensure demovicted tenants have a new affordable unit to move into at "established, affordable rates".

This new direction by council seems promising, but with municipal elections coming up in the fall, the future of housing affordability in Burnaby remains unclear.

While Affordable BC is a provincial campaign, the scale of demovictions in Burnaby affects the affordable housing supply the whole region. We can’t allow our neighbours in Burnaby to be evicted during the most acute housing crisis in Canadian history.

Watch: BCGEU Treasurer Paul Finch explains how public infrastructure adds value to private land, and why it is the responsibility of local governments to ensure that value is shared equally by residents.