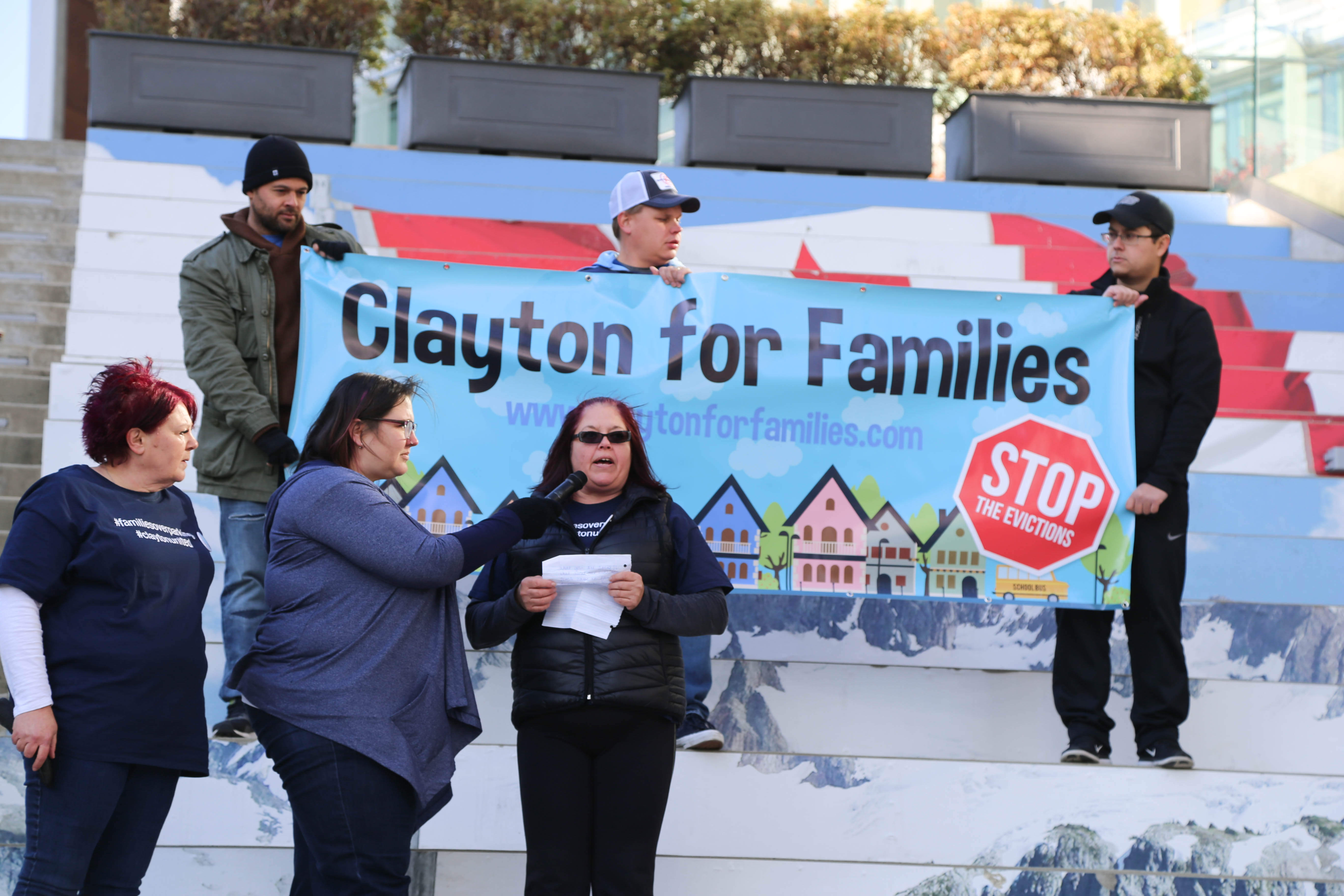 Amanda is a homeowner in the community of Clayton in Surrey, where hundreds of renter families were facing eviction at a time when vacancy rates in Surrey are near 0%. Earlier this week, they won a major victory at the Surrey city council.

Amanda has been a BCGEU member since 2002

I work at a local transition house for women and children at risk. I’ve seen the impact of the housing crisis first hand. Landlords are routinely rejecting single women with children from rental properties.

As we all know, the rental market is highly competitive. Rental housing often goes to the  highest bidders. Seniors and single parents are rarely the first choice. When my husband and I were looking for a tenant to occupy our two bedroom suite in July, I had over 130 replies within the first hours of posting the vacancy. It's overwhelming to know that the need is so high.

My husband and I purchased a detached home with two rental suites six years ago, which help us pay for the mortgage on our house.

Both our current tenants are single moms. Our coach home tenant is the sole parent to a young child. She lived in a neighbouring basement suite until the house was sold and she was evicted by the new homeowners. She’d been staying at a friends house trying to find another rental in the community so her son could continue to attend the same school and continue his after school activities.

After three months of rejection in her searches, our coach suite became available after the previous tenant gave notice. I offered the coach home to her and her son for as long as she needs it.

Our basement suite is home to a single mom and her two young children. She works locally and shares parenting time with the children's father, who also lives in the same neighborhood. She has been displaced three times in the last three years. With us, she has safe and stable housing.

Earlier this year, the City of Surrey mandated all homeowners in Clayton to evict their tenants in secondary suites by January 31, 2018 due to parking complaints. I’m very concerned about this. This move will have the greatest impact on the most vulnerable and marginalized in our community - like the two single mothers renting from me.

It’s unjust to ask people to move out of their homes and uproot people's lives in the middle of a housing crisis because others might have to park a little further from their houses. Each detached dwelling in our neighborhood has a double car garage and parking pad stall to prioritize for those with mobility issues or small children. The impact will be felt the most by the current tenants. They’ll be forced to relocate, pay for moving costs and most likely will end up paying more rent if they’re able to secure a place.

Both of our tenants' rent is below market value. Still, they struggle monthly to make ends meet. There aren’t enough rental properties available and the market is out of reach for many. Limiting these rental properties further will only cause hardship to both landlords and their tenants. If our tenants our evicted, they may be forced to take their children out of their school and leave Surrey.

In response to these evictions, a few of my neighbours in Clayton started a petition to appeal to the city to stop the displacement of 300+ families in the area. We organized ourselves by holding community meetings, creating flyers and t-shirts and going door to door to talk to our neighbours.

We reached out to City Councillors to and showed up to City Council meetings to propose alternatives. At this point the City was delaying and trying to bury the issue, so we went bigger and hosted a rally at City Hall on November 5th. It was well attended by Clayton tenants and homeowners and had a huge media presence.

The City has said that the evictions are being put "on hold," but they have not retracted the original Jan 31st eviction notices. We will continue to fight these evictions so no tenant is left homeless and no homeowner is left without the income they need to pay their mortgages.*

*Thanks to the Clayton residents’ organizing effort and the support they received from allies from across the lower mainland, the Surrey city council decided to halt the evictions and look into legalizing secondary suites across the city. This is a huge victory for the residents of Clayton and all those looking to protect affordable rentals in Metro Vancouver.