What can local governments do? 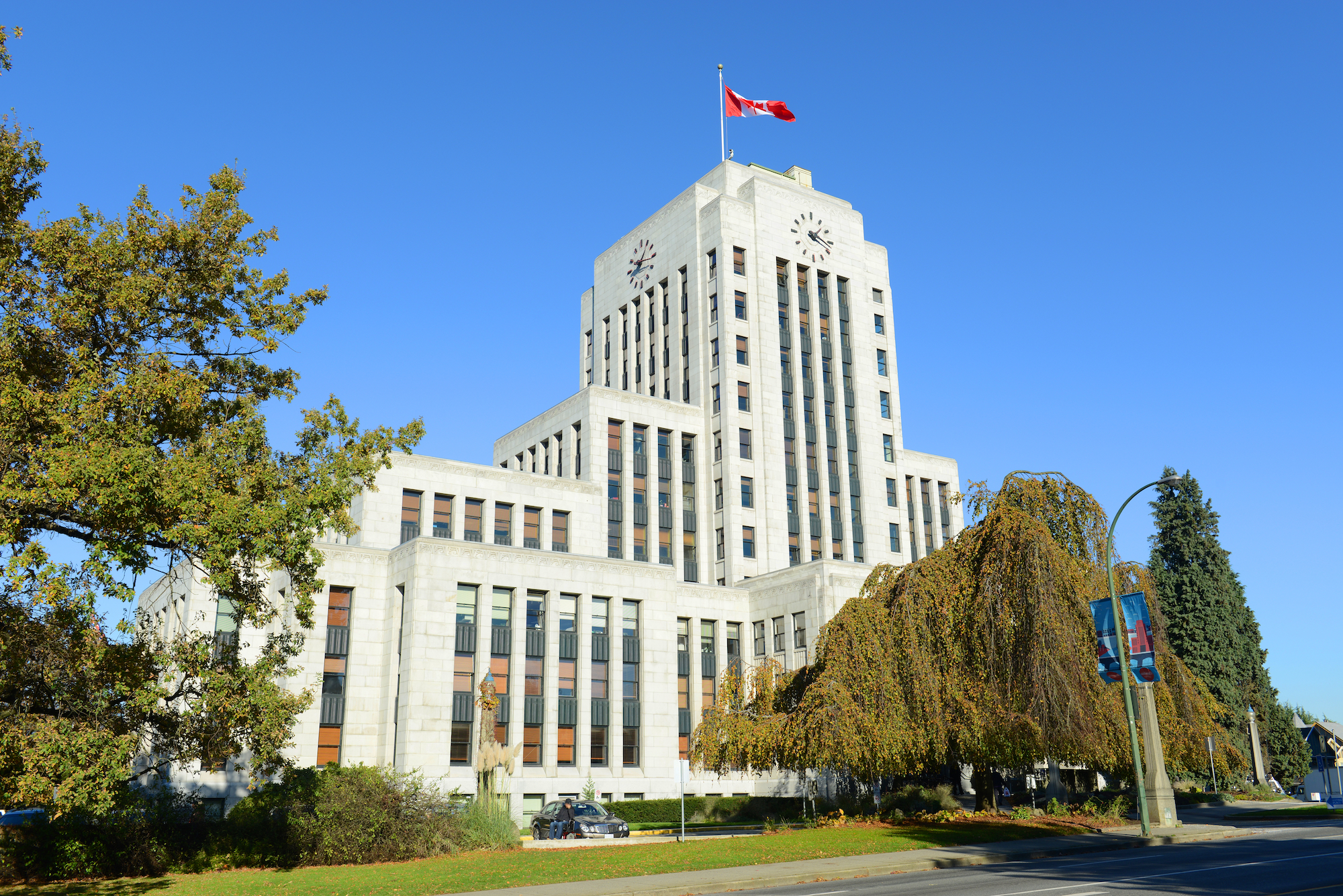 Housing affordability is a crisis for communities across B.C. and will undoubtedly be one of the main issues in the fall 2018 local government elections.

Sky-high property prices have made purchasing a home impossible for many B.C. residents, and rents have soared well beyond the range of affordability for a large percentage of tenants. Since 2017, the City of Vancouver has been the least affordable place for housing in North America, and the problem has spilled into neighbouring lower mainland communities, Vancouver Island and parts of the interior.

Short supply of rental housing has led to vacancy rates well under 1 per cent in many B.C. communities, with Victoria at 0.7 per cent, Burnaby at 0.6 per cent, East Vancouver at 0.3 per cent and Kelowna at 0.2 per cent.

This is not a "business as usual" situation, and bold action will be required to address the crisis. Measures have been taken to reduce overseas and investor demand for housing throughout the province, but these actions have not been enough. B.C. communities need access to a robust and stable supply of housing that is truly affordable to make a real impact on this growing crisis. This will help directly, in terms of increasing affordable housing supply for those who live in the new units, as well as indirectly, by putting downward pressure on market rental prices through increased vacancy rates and more housing options for renters.

While many of B.C.'s housing affordability problems are the result of poor policy choices, there are concrete actions local governments can take right now to make things better.

Local government policies we propose in this document include:

In addition, we propose some key measures the federal and provincial governments can take to help municipalities address the housing crisis, including:

B.C.'s housing crisis will not be solved overnight, but there are effective actions local governments can take now to improve housing supply and affordability in their communities. Some of these policies may seem bold and unprecedented, but the unprecedented severity of the affordability crisis facing B.C. communities requires such innovation in policy and regulation. Local governments could be further empowered in these efforts by making some straightforward legislative changes at the provincial and federal levels of government.

The stakes are too high for inaction or weak measures. The housing crisis is already driving unacceptable levels of poverty and homelessness in this province, and contributing to a growing sense of desperation for hundreds of thousands of young people, families, seniors and others across B.C. If we want healthy, diverse, equitable and livable communities for all British Columbians, we need to take meaningful political action now. The alternative is the continued degradation and hollowing out of our communities, allowing them to be selectively repurposed as privileged investment opportunities for a wealthy few.

Stella Chan commented on Municipal Plan 2022-03-03 11:46:11 -0800
You people are confused, or mad at life! Why not move to your socialist dream countries and have the state provide for you? How many homeowners do you think have mortgages where the house l hold pays 30% of their income?

Subsidized housing / subsidized drugs / abortions on demand and a permissive free ride for everything – why not accept some personal responsibility and make something of your life and then help others instead of just demanding a handout from people who have worked hard to earn what they have?

Renters rights – delinquent or otherwise abusive landlords / rent strike – you live in a fantasy world! What do you offer the world? Who are you helping. What do you provide or do you just seek to distribute and harness the perceived and imagined wealth of others?

You stop paying rent you should be out on the street ASAP(barring real negligence or abuse, and especially then, why would you want to stay there?!

You don’t like where you live then move somewhere better! You want to have government house people on city land – who do you think pays the taxes on city land and maintenance and attracted amenitities and schools to good neighborhoods -
hard working homeowners who worked , saved and sacrificed to get where they are!

You think “you” people who contribute less should get more? More of what you haven’t earned! Who took the risks and carried the load.! What property tax or maintenance does a renter pay! You don’t pay my property tax – I do, with or without a Tennant!

You think you should get part of the profit of a sale of a house? What have you done? What sacrifice or effort have you made? Who do you think made these areas attractive- the homeowners !

What funds have you contributed to making society / parks / schools and amenities better? Move to a socialist country where people with low or no expectations live! Do less and get less or motivate yourself to do more and give more to others!

We have what we have because we worked hard and saved and risked carrying mortgages that could go up at anytime and shouldered that responsibility so that “you could demand more” from “us”?

You are not entitled to any portion of what I earned! You want to erode our public lands and school property to house people who are not responsible enough to look after themselves? Have you read of the tragedy of the commons? Give people what they haven’t earned, don’t maintain or have the skills to manage and you will ruin the future for others!

I would never rent a property to a smoker – drinker – drug taker or an unemployed person who avails themselves of state resources in order to live when they are capable of making the effort to support themselves!

We should help people by way of loans to get an education! We should support people to get off all drugs including booze and cigarettes! We should help those who are in need through no fault of their own! We should not subsidize your life or your rent, or your right to smoke, drink or otherwise harm or abuse yourself in any way, shape or form!

I ask nothing more from able bodied and able minded people than I do of myself! Why should you do less than I do, or than the others who made this country did and expect more for less?

Do you look at people and judge them based on what they have (a house and a car and a mortgage and responsibilities), and feel that life is unfair because they made good and responsible choices in life and you didn’t? Do you judge a person by the colour of their skin and ascribe “white privilege” rather than judging them by the content of their character? Are you colour blind to what someone looks like or is it the first thing you notice?

Can you neither see nor appreciate the effort it took for a person to save, work hard and purchase a home? Why do you feel so entitled to a share of what other people have earned?

When mortgage rates were up at 18% or higher no one helped “us” to stay in our homes and now you want a share of our equity? What life experience do you have? Have you fought for democracy and ever risked your life?

You are either naive or selfish or full of self loathing and contempt for people who worked hard and made something of themselves or perhaps you are a nihilist. You demand this and that, you want equity without responsibility and effort! You want achievement without sacrifice and hard work! You are dreaming and delusional! You feel you should pay 30% of your income to rent and yet I have never once spent 30% of my income (limited to that amount) on my mortgage! You won’t get a mortgage and a house based on your utopian financial planning!

Move where you can afford to live! Stop smoking: drinking, buying $5 or $10 coffee’s, gambling and taking drugs! Get an education! Get a trade! Get a second or third job like I did in order to be responsible and be able to afford my house! Get a conscience and don’t allow yourself to have a victim mentality or you will be doomed! Are you your own best friend or worst enemy?

Stop going on vacations you can’t afford! Stop drinking expensive coffee and look after your physical, mental and spiritual health! Help someone less fortunate than yourself and your personal outlook and drive will improve! You could be suffering in the Ukraine under Russian oppression!

If you have nothing and give nothing, do nothing for yourself or others and make no real effort and only want “more” from other people who have worked hard then why would anyone want you as a Tennant?

Housing is not a right! Democracy is a privilege that “we” fought for! Housing isn’t gifted to you (in most cases). It is earned by able bodied and able minded people the world over!

Birth is not even a right as millions upon millions of lives have been aborted in the womb when (no housing or love was afforded them), so how can you consider “housing a right” when life isn’t even a right and a child can be crushed and sucked out of the womb?

You are alive, now work! Get educated! Be responsible and accountable! Help those less fortunate but first and foremost help yourself or you will be at the mercy of others all your life!

What will you do when you are old? How much more of a burden on society will you be then if you do not work hard: get educated, save money, stop any bad habits, (don’t squander your income) on booze – drugs-coffee- cigarettes- marijuana-gambling-expensive clothing brands and so on!

Don’t be a victim! Make an honest effort! Live where you can afford to live (Vancouver is one of the most expensive cities in the world), go elsewhere and have more for less!

People who spend more time protesting or being a victim than they do working or getting an education or trade are self absorbed and narcissistic. Unions do make you strong! You are not “better together”! You are a mob controlled by left wing ideologues who are not out to help and care for you, insomuch as they are out to help themselves! Look at the fat cats at the top and you will see how similar they are to socialists and dictators the world over! Your dues are paying for their largess!

Be good people! Be responsible! Be loving and kind and always help others willing to make an honest effort and endeavour to tithe and provide for those less fortunate in society who struggle through no fault of their own! Be responsible and be accountable for all you do! Do not demean or otherwise seek to defraud or pick the pocket of honest, hardworking people who have sacrificed in order to look after themselves and their families first. The family is the cornerstone of society and not the unions with their socialist dreams teaching you to abrogate responsibility for yourself and surrender to them!